Contemporary Silver; 30 years of Bishopsland
At the Victoria and Albert Museum London, July to Dec 2009

Nicola Turnbull is a Scottish Jeweller designer and silversmith based in Edinburgh. Nicola creates delicate articulating jewellery from sterling silver. Her intricate designs consist of concentric shapes which pivot and move. Newer works incorporate small elements of vibrant colour. Nicola’s pieces are informed by geometric diagrams found in organic sciences, some of which are based on linear drawings made by a pendulum.
​
‘I have been creating rhythmic jewellery based on these ideas for several years. A recent teaching trip to Nepal has inspired me to further develop my designs. The contour lines of the steep Himalayan paddy fields echo the concentric lines of my existing work. The influence of the vivid culture led me to introduce colour and I have started to develop pieces with more geographical and less symmetrical lines.’
​
Nicola has worked in Nepal where she worked for four months, teaching jewellery techniques to disadvantaged young women. She set up the workshop in conjunction with the charity The Esther Benjamins Trust in Kathmandu. The trainees are a mixture of deaf young women and those who have been rescued from trafficking into Indian circuses. The project aims to provide sustainable employment for the new jewellers, as well as raising funds for the charity. 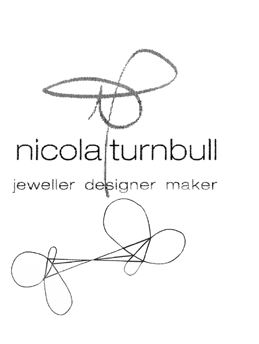 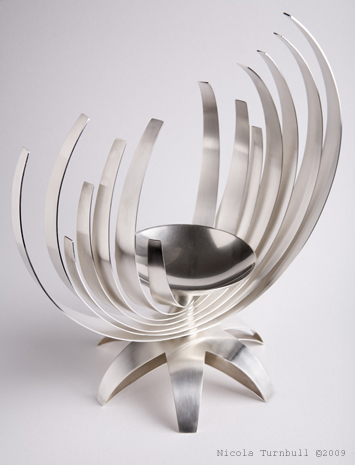 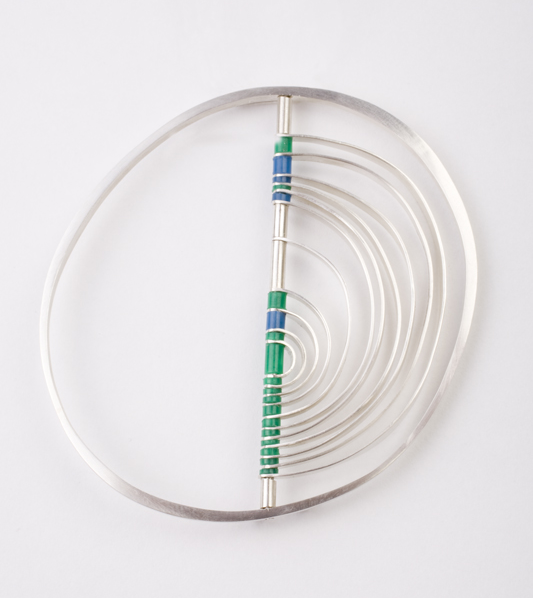 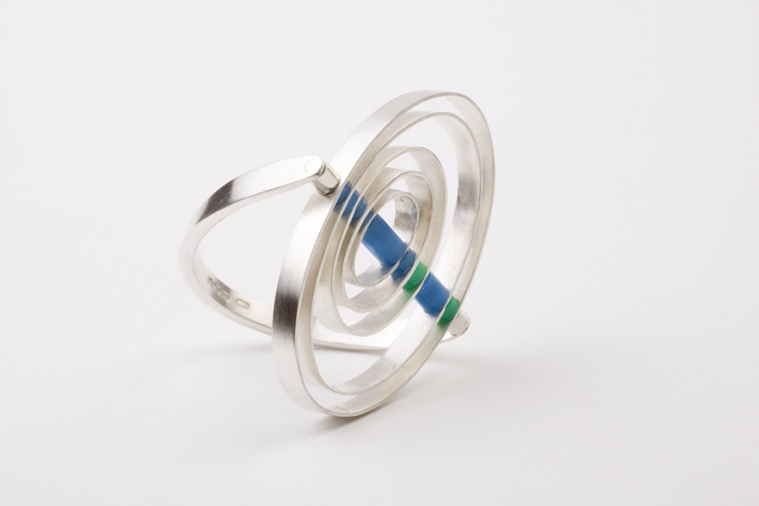